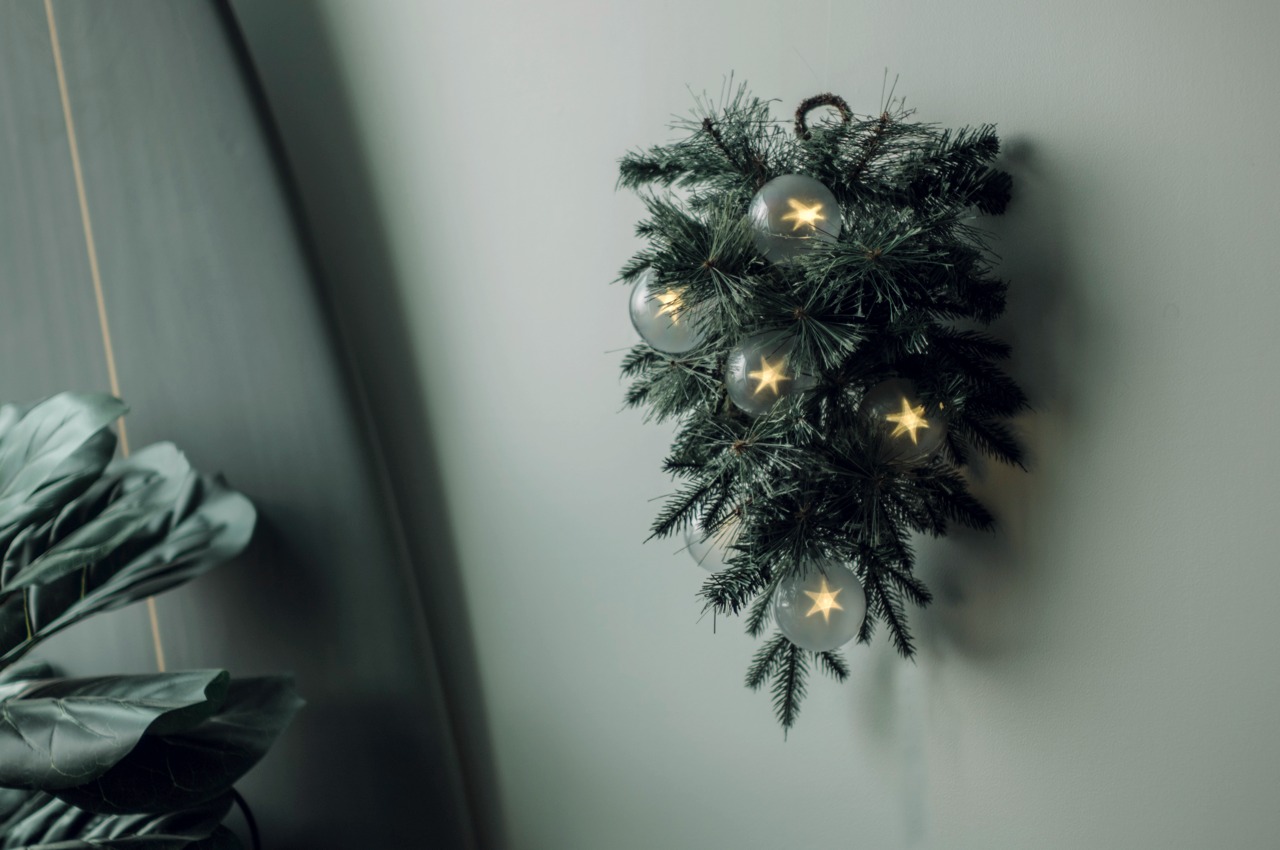 Christmas is reminiscent of festive images of Santa Claus, Snowman, mangers and reindeer and activities like baking cookies and cakes alongside decorating the Christmas trees. The magic glow of the festival makes people merrier while Christians all over the world celebrate the birth of Jesus Christ. Discover how some countries have unusual Christmas traditions and bring diversity into the Christmas festivities. 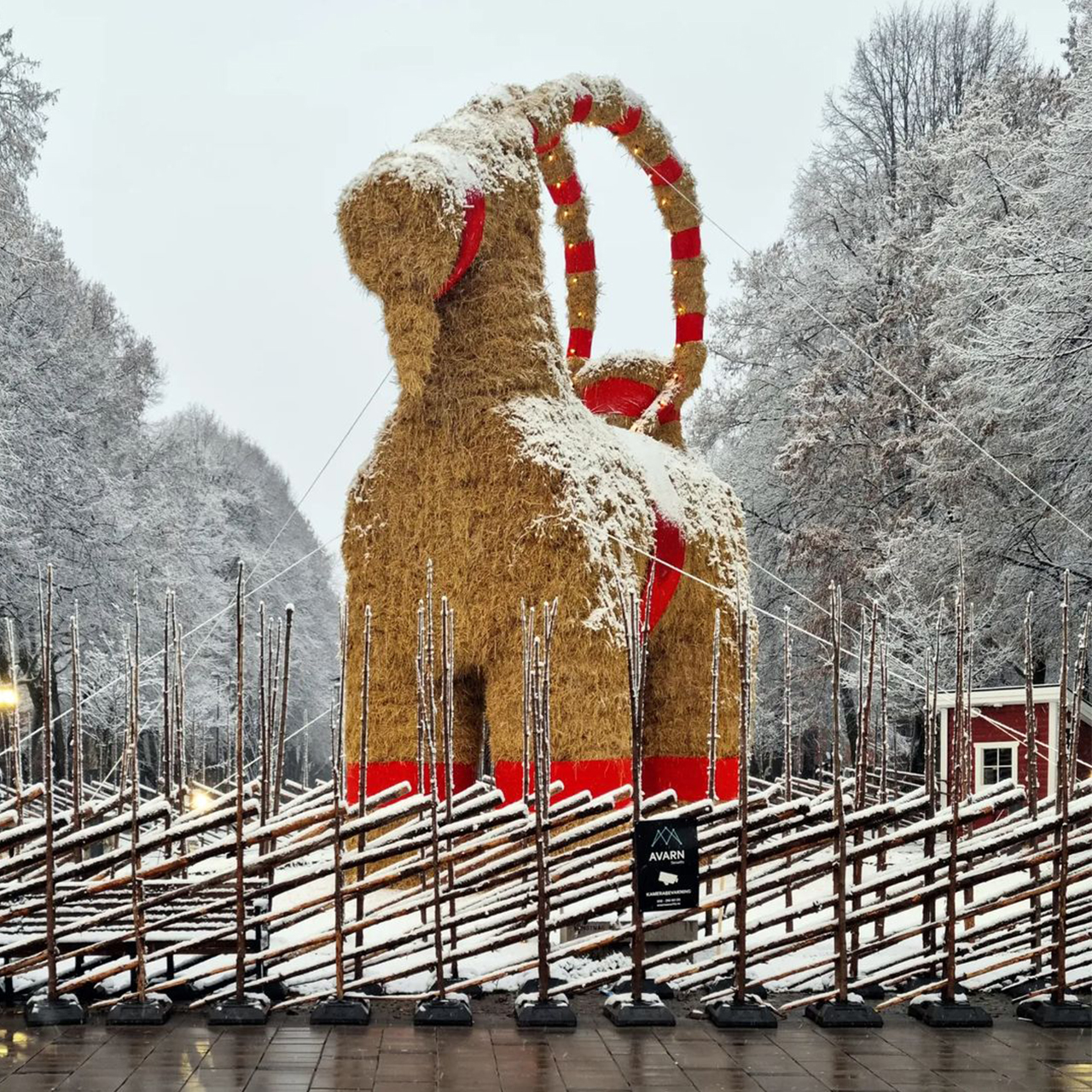 According to Swedish folklore, Christmas elves go door-to-door on the Yule goat delivering gifts to sleeping children, just like Santa Claus. Hence, the Yule Goat has emerged as a Swedish Christmas symbol. Since 1966 Slottstorget (Castle Square) in central Gävle, Sweden, annually erects a giant straw statue of a Gävle Goat that is more than 42 feet high, 23 feet wide, and weighs 3.6 tons. It marks the beginning of the holiday season that starts from Advent or four Sundays before Christmas until after the New Year when it’s taken down. 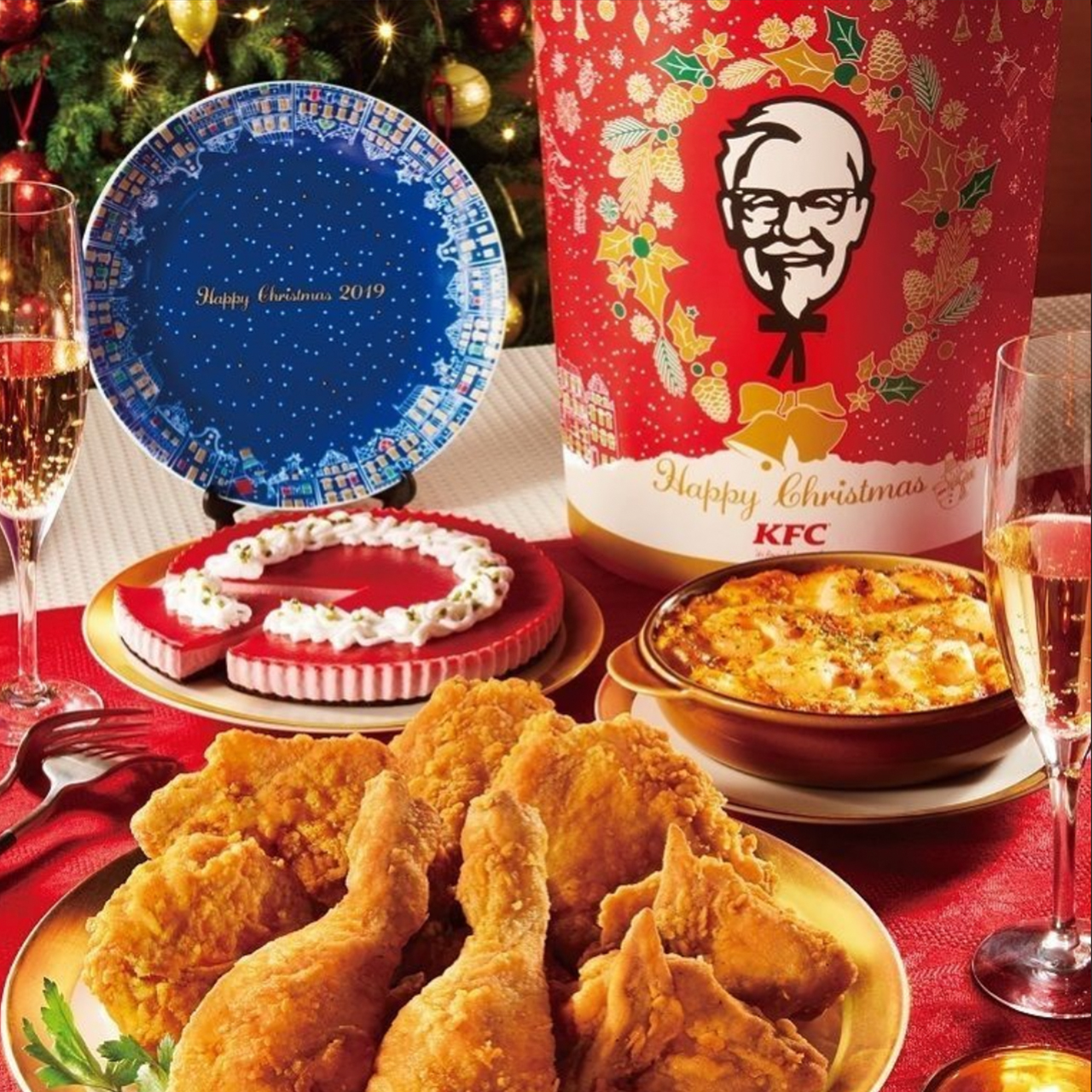 In Japan, KFC forms an integral part of Christmas day, and the nationwide food tradition is to feast on Kentucky fried chicken. Inspired by the American Christmas dinner, the special family meal-sized boxes include chicken, cake, and wine. This custom was brought forth by Takeshi Okawara, the owner of the first KFC restaurant in Japan. In 1974 KFC launched, it’s ‘Kentucky Christmas’ marketing campaign across Japan, which has been a quintessential part of Christmas celebrations.

Every year, the city of San Fernando-the “Christmas Capital of the Philippines” holds the Liligan Parul Sampernandu or the Giant Lantern Festival, on the Saturday before Christmas. The colorful and dazzling lanterns symbolize the Star of Bethlehem, whom the Three kings followed to find Child Jesus in a manger. The six-meter-tall giant lanterns are hung up in the air and are illuminated with thousands of spinning lights that illuminate the night sky and sparkle in a kaleidoscope of patterns. 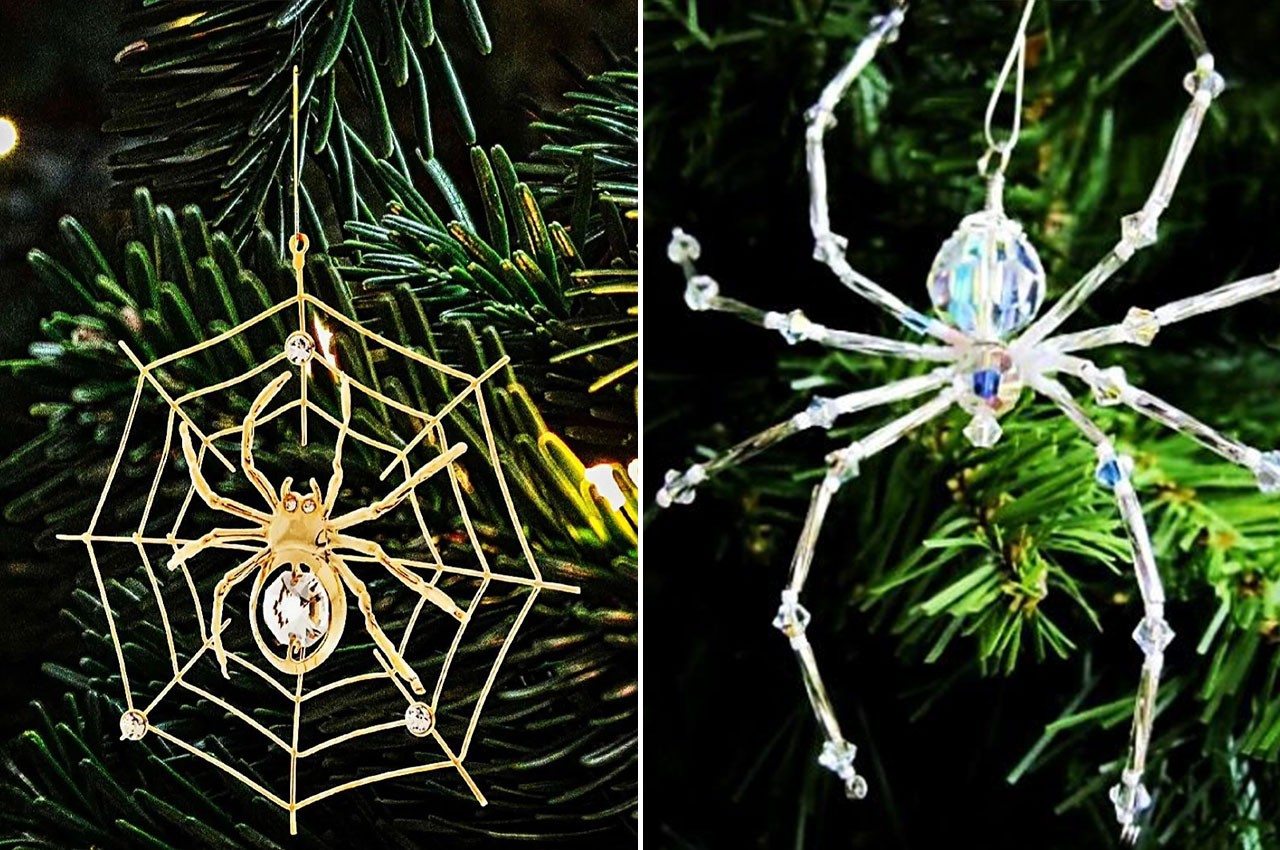 One of Ukraine’s festive traditions is to decorate the Christmas trees with ornaments that mimic spider webs and are thought to bring good fortune. Folklore goes that a poor widow and her children couldn’t afford ornaments to decorate their Christmas tree. While the children were sleeping, the spiders in the house took pity on the family and spun webs of silver around their branches that looked sparkly and beautiful in the sunlight. 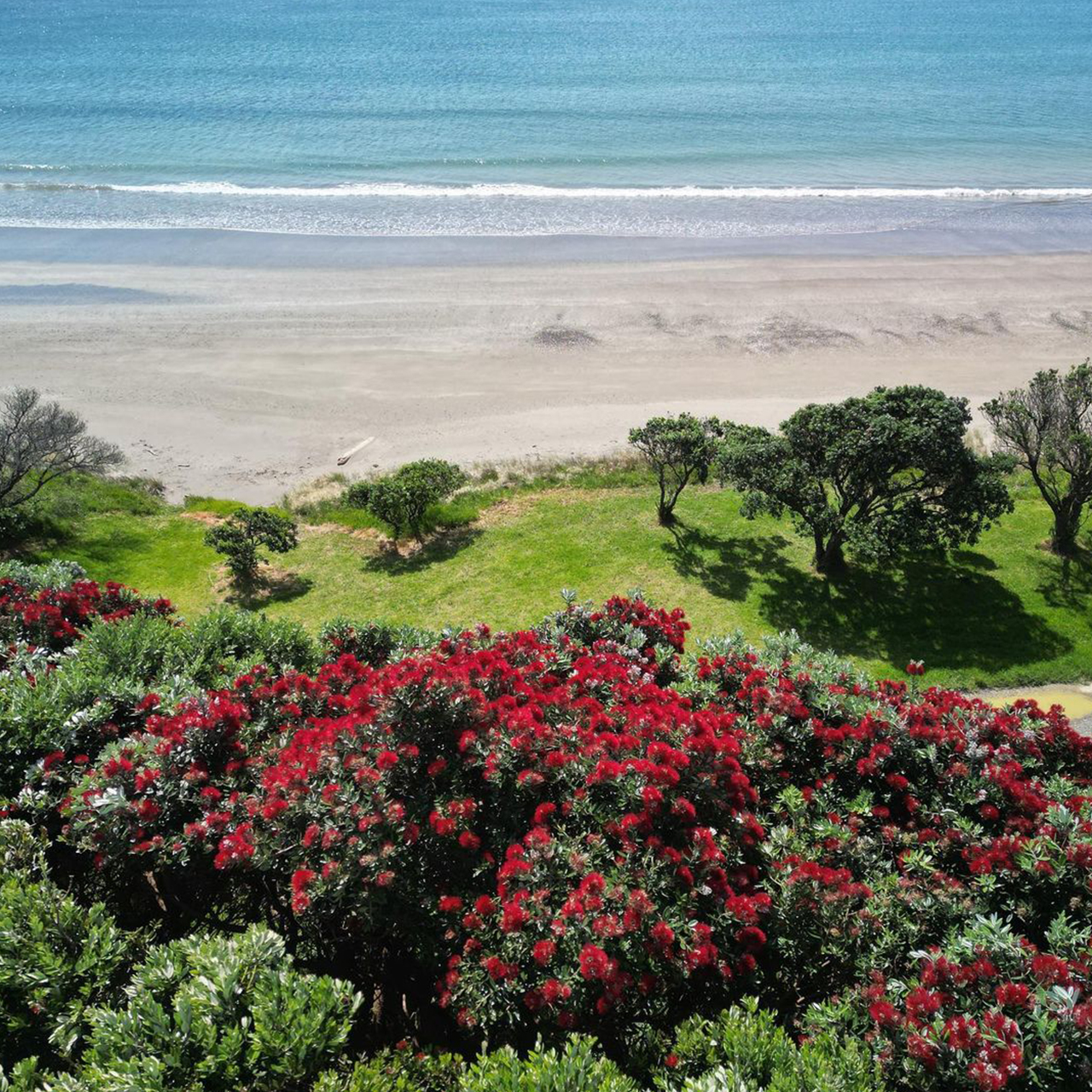 For the Kiwis, Christmas is not a blanket of snow as the festival falls during the summer season. Instead, Christmas in New Zealand revolves around a bar-b-que grill where friends gather for fresh seafood and seasonal vegetables. The Pohutukawa tree is a coastal species with crimson flowers and is the iconic Kiwi Christmas tree that blooms a bright-red color in December. The tree provides shade as the Kiwis sing carols in English and Maori and features in the Christmas cards, decorations and carols. 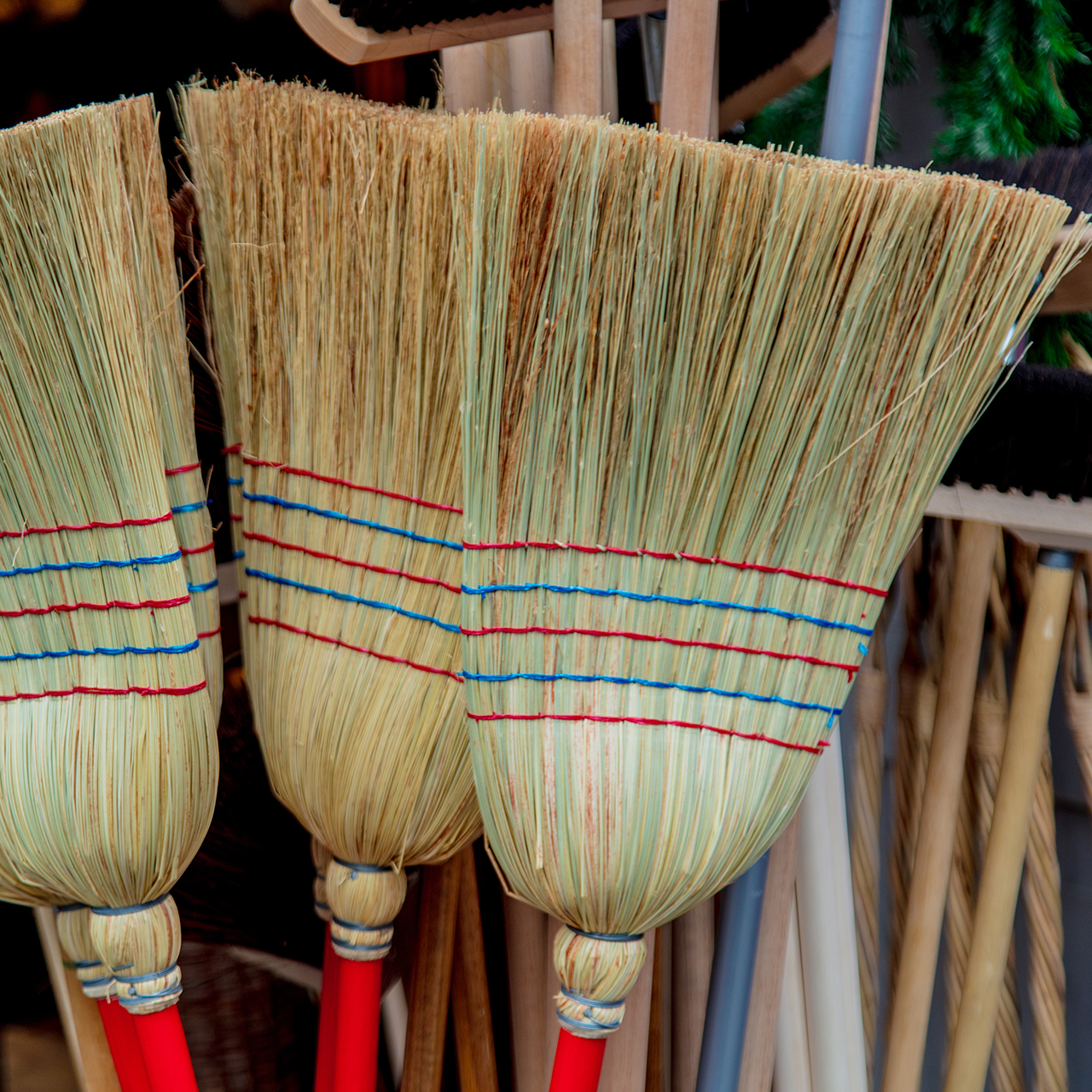 Norway follows one of the most peculiar Christmas Eve traditions, where people hide their brooms. There is a Norwegian belief that witches and evil spirits come out on Christmas Eve and look for brooms to ride on. Hence, people still hide their sweeping sticks so that the witches won’t be able to find them.

One of the unique Christmas traditions is practiced by Venezuela’s capital Caracas in South America. On Christmas morning, people go to church on roller skates for their mass. The city streets are closed, and traffic is blocked to ensure the safety of the skating congregation. Since Venezuelans love firecrackers, they wake up to the sound of firecrackers on Christmas day alongside the sounds of the church bells during the predawn hours. Before bedtime, the children tie one end of a piece of string to their toe, and the other end dangles out of the window. Next morning, the roller skaters try to wake the children up early by giving a tug to any string they see hanging. After Mass, everyone convenes in the street and at each other’s homes to share food, play music, and dance. 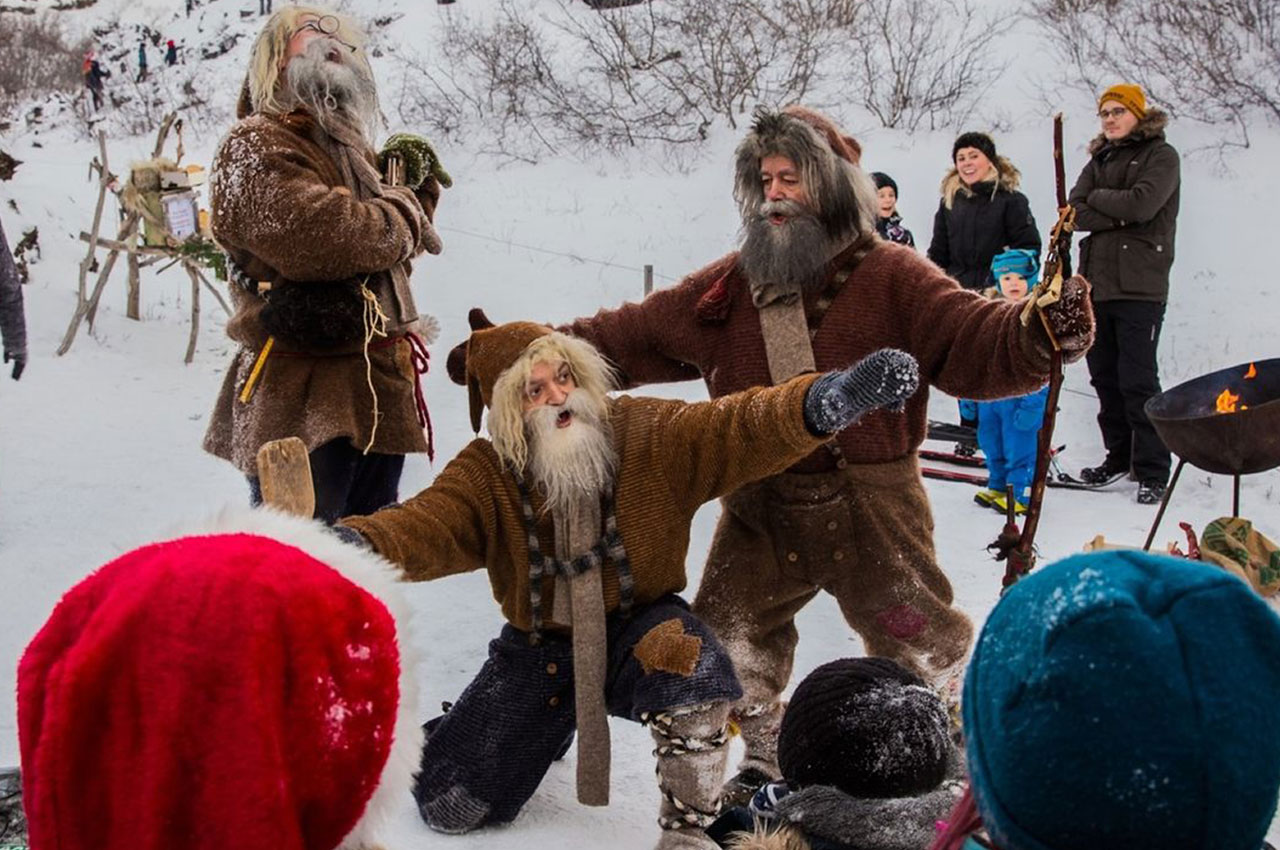 While most countries have a single Santa Claus and celebrate 12 days of Christmas, 13 Yule lads visit Icelandic children and celebrate 13 days of Christmas. They begin their festive celebrations on 12th December, and for 13 nights, children are visited by the 13 sons of legends, Grýla and Leppalúði. According to festive Nordic folklore, children place their shoes by the window on Christmas Eve, and if they have been good, they will receive candies from the Yule lads who descend one by one from the mountains. On the other hand, they would receive rotten potatoes in their shoes if they were naughty. 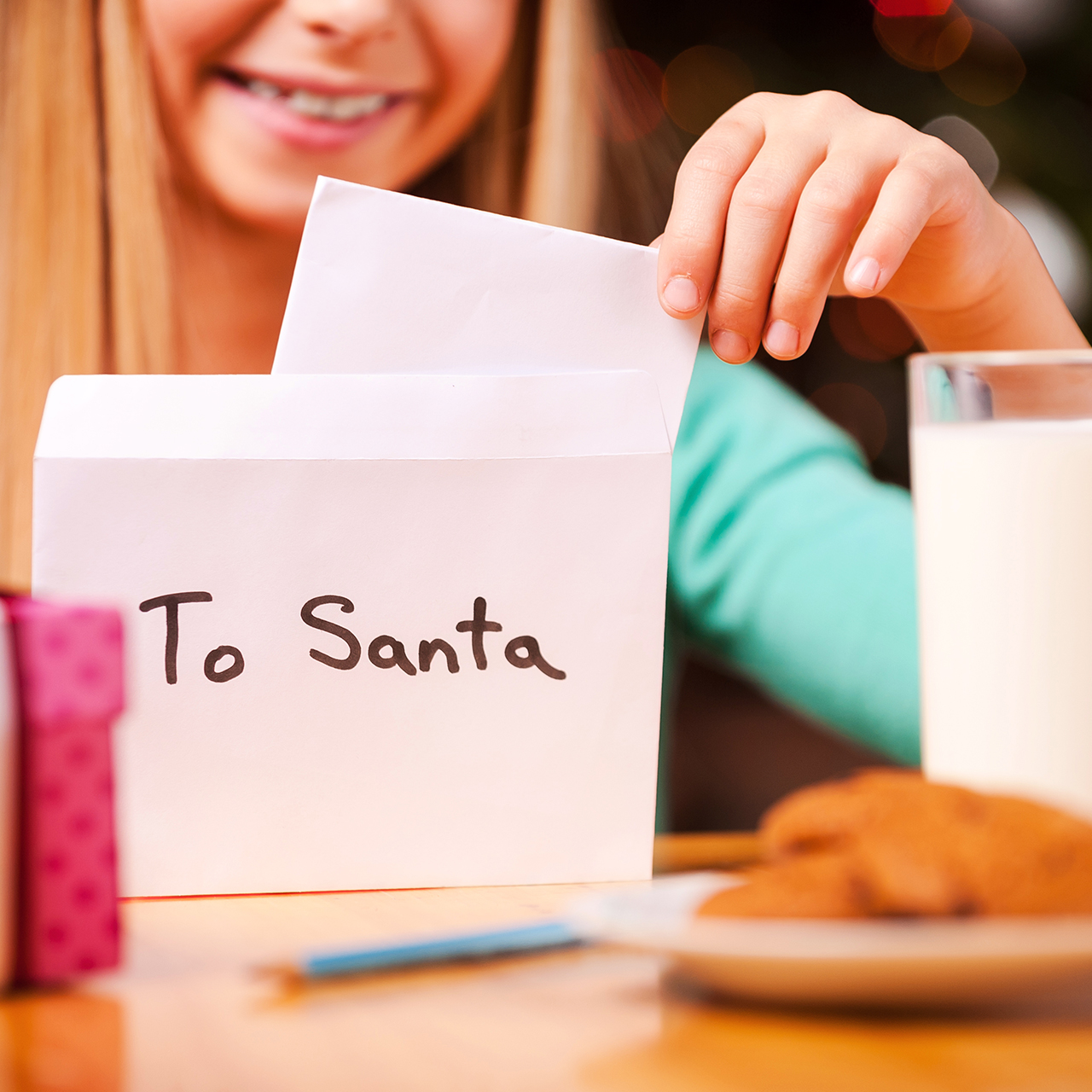 It’s every child’s dream to receive gifts and letters from Santa Claus. According to Canadian traditions, millions of children send letters, drawings, and artwork to Father Christmas at his address, which is North Pole, H0H 0H0, Canada. If these letters reach Santa’s Mailbox by December 9 with a return address, the children can receive a reply before the holidays in nearly 30 languages, including Braille. Santa’s helpers read every letter for the last forty years and helped Father Christmas respond to more than a million letters to children in Canada and around the world. 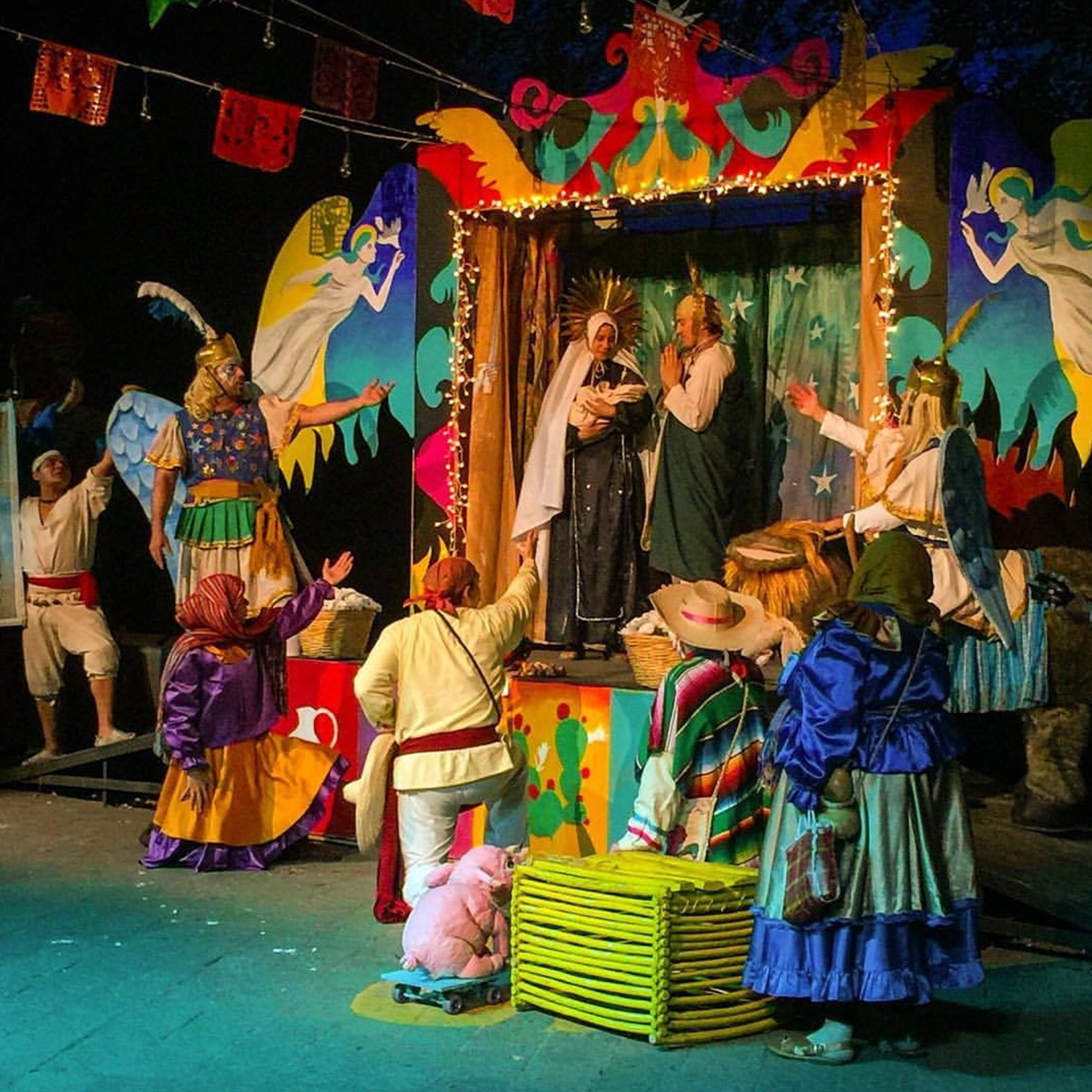 Las Posadas, or a religious march that enacts the journey of Mary and Joseph, marks the beginning of the Mexican Christmas season in December. The Pastorals are traditional Mexican folk plays performed during the Advent season that recreate the biblical passage where the shepherds follow the Star of Bethlehem to find the newborn Jesus Christ. The shepherds confront the Devil, who will do everything possible to prevent them from completing their mission. Hence, the most important message of these pastoral dramas is that good always overcomes Evil. 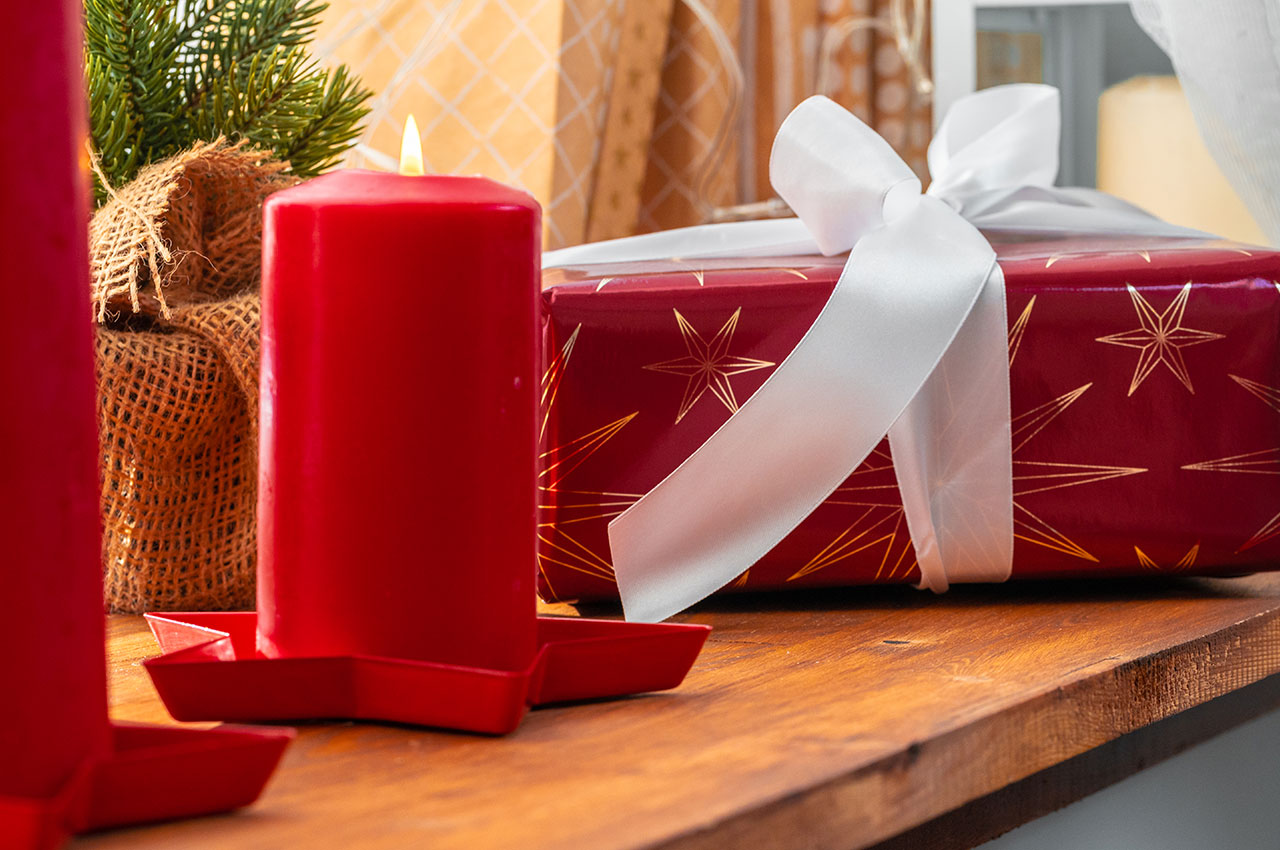 On Christmas Eve, the Irish place a red single-lighted candle on the window that is big enough to burn all night. This is a beautiful tradition of welcoming Christ and is also symbolic of warmth and shelter for the holiday season. 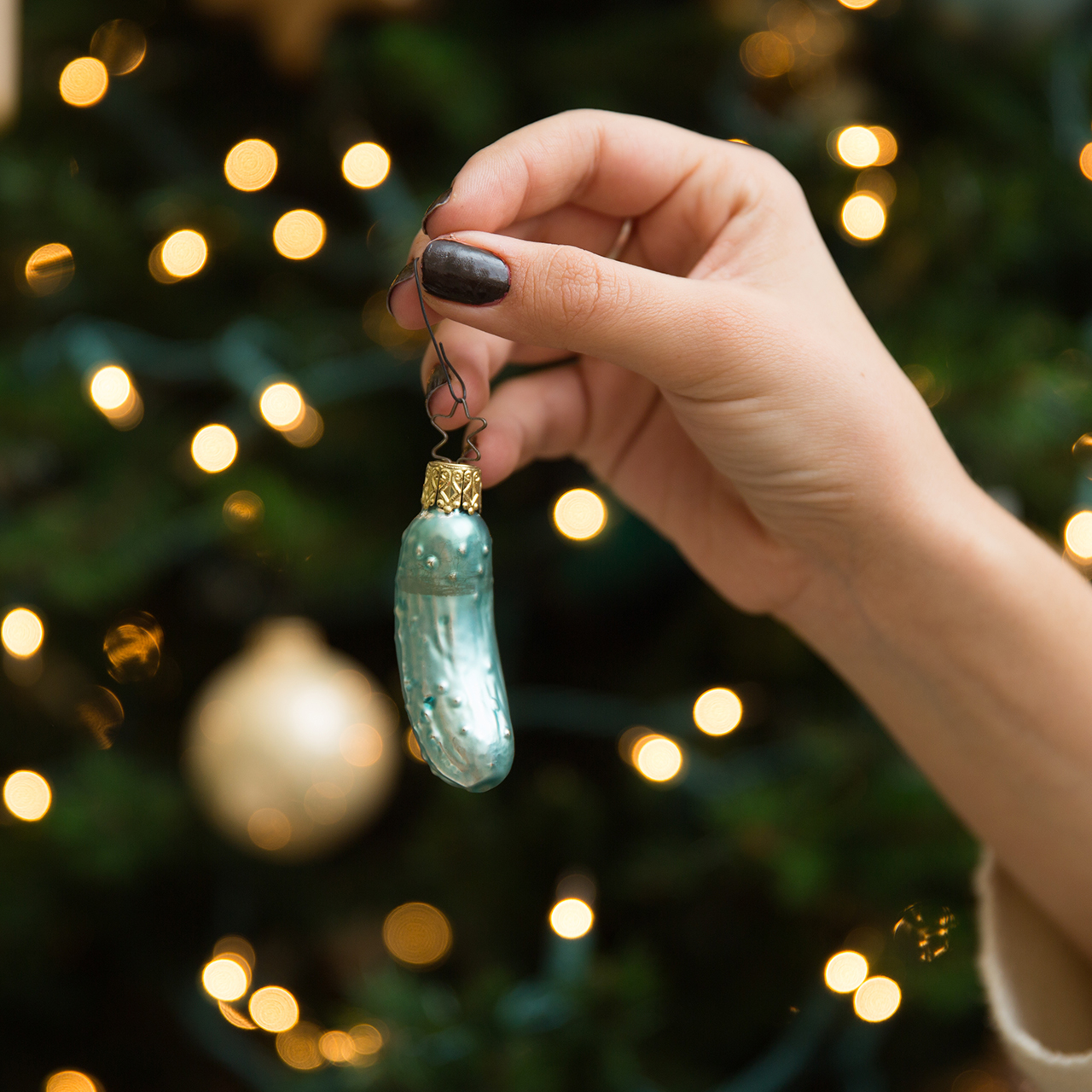 In Germany, it’s tradition to hide an ornamental pickle deep in the branches of the Christmas tree. On Christmas morning, whichever child finds the pickle first is rewarded with an extra present from Santa Claus. The first adult who picks the pickle receives good luck and fortune throughout the year.