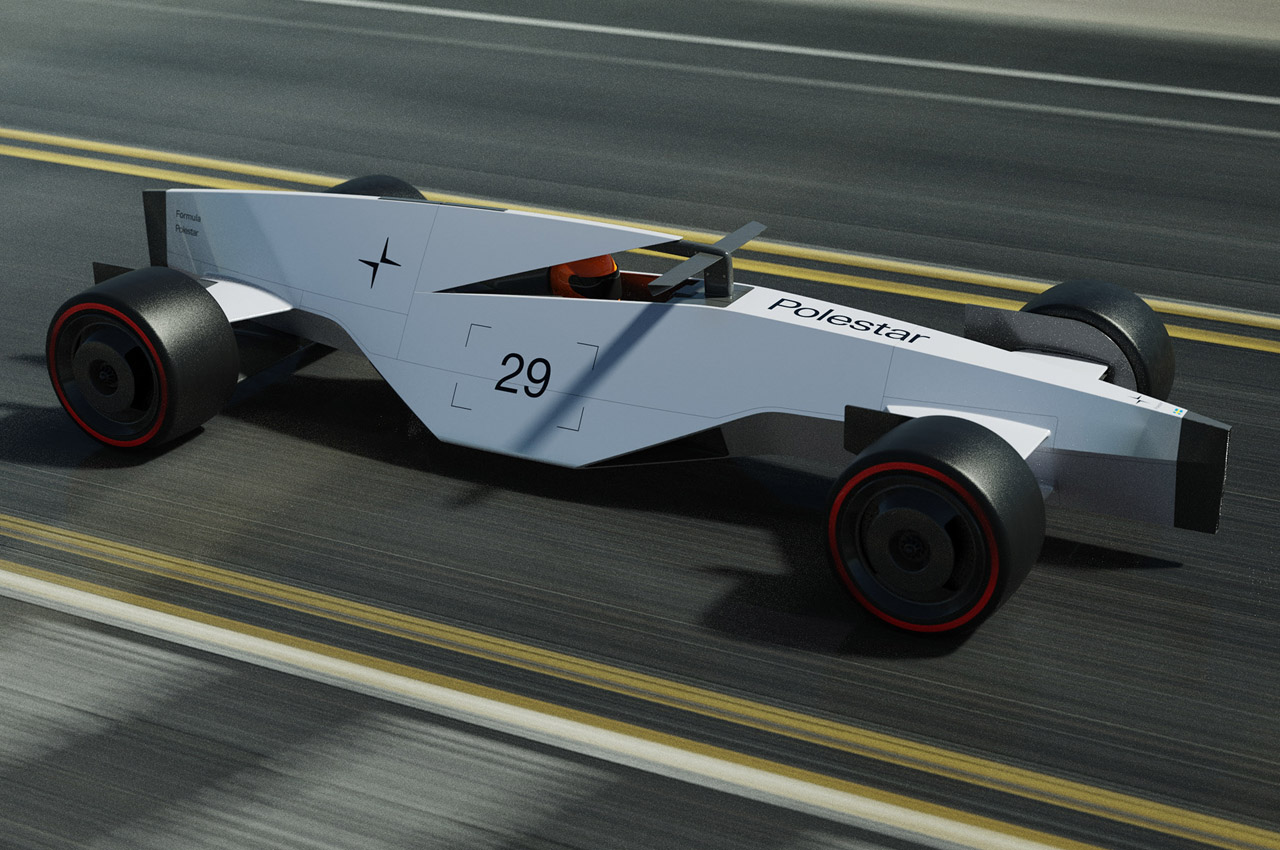 The electrification wave is slowly taking over the Formula-1 ranks with the Formula-E racing car teams constantly developing technology for sustainable entertainment without compromising on the speed thrill.

Even Formula-1 is working around the clock to be “Net Zero Carbon” by the end of 2030. A good example is the development of 100% sustainable fuel that’s slated for the 2026 season if everything goes according to plan. Already F1’s new generation cars operate on E10 fuel which is a blend of 90% fuel and purely sustainable 10% renewable ethanol. 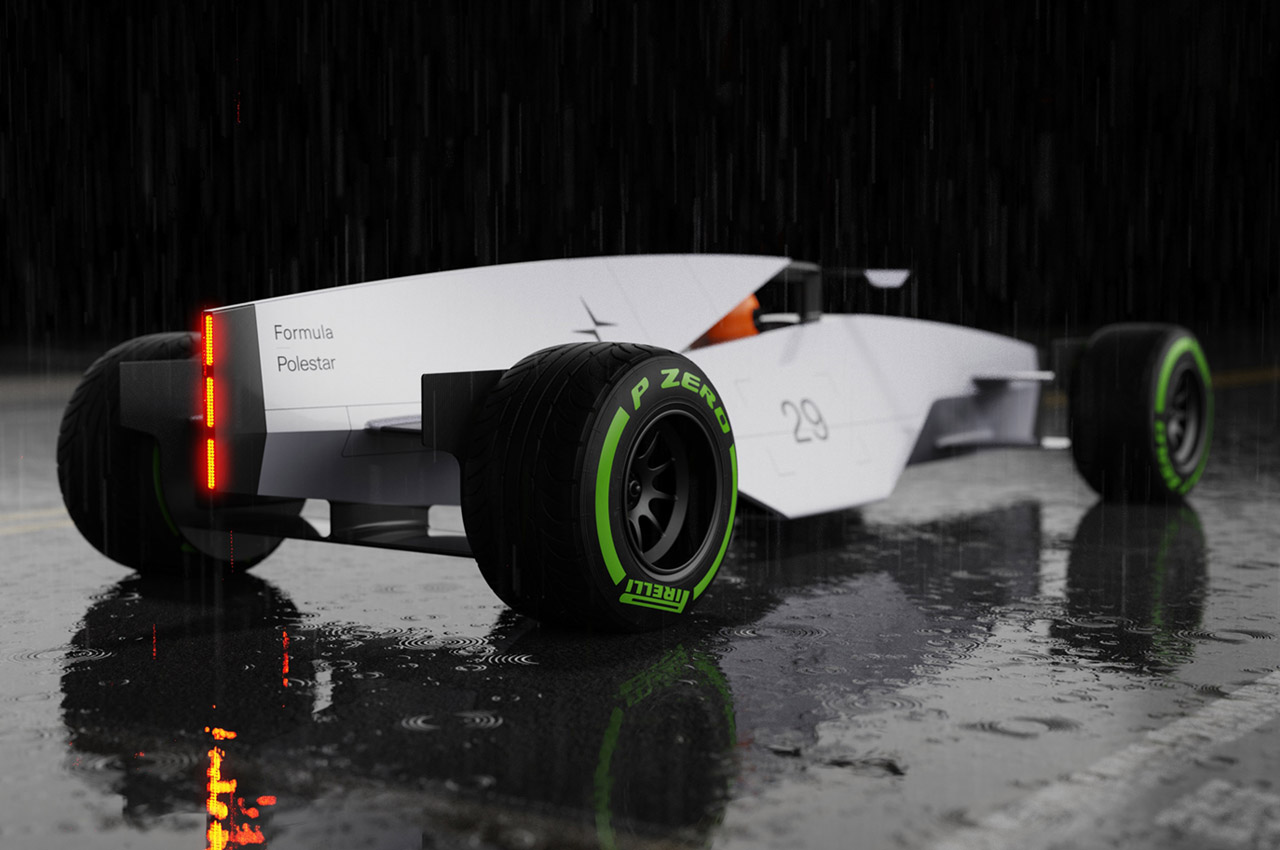 The racing landscape is going to make a radical shift before the decade ends and so will be the dynamics of Formula-1 or Formula-E cars; whichever way the pendulum weighs heavily. One thing is for sure, the prime racing car generation in 2030 will be either powered by pure electric power, a hybrid of electric and sustainable fuel, or even better, completely sustainable fuel. This Formula Polestar racing car is a vision of what’s going to be speeding the challenging circuits at breakneck speeds. 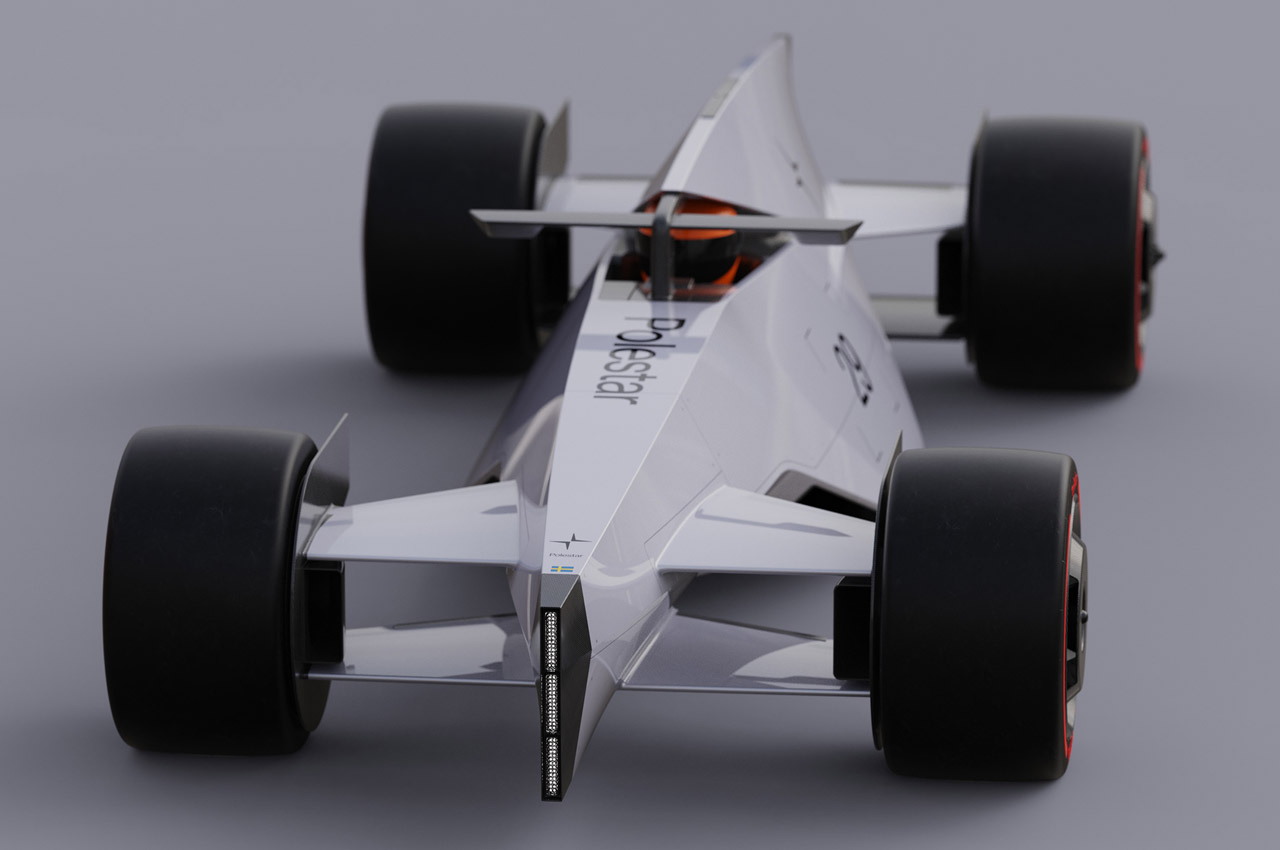 This is a project shortlisted for the Polestar Design Contest 2022 that’s already seen a plethora of impressive entries. Christened the Formula Polestar, this racing car looks like the worthy descendant of the current generation Formula-1 and Formula-E racers. The evolution instinct takes over the front wing that’s recessed behind the monocoque shell protecting the driver. The rear wing is completely gone in favor of a sleek design. 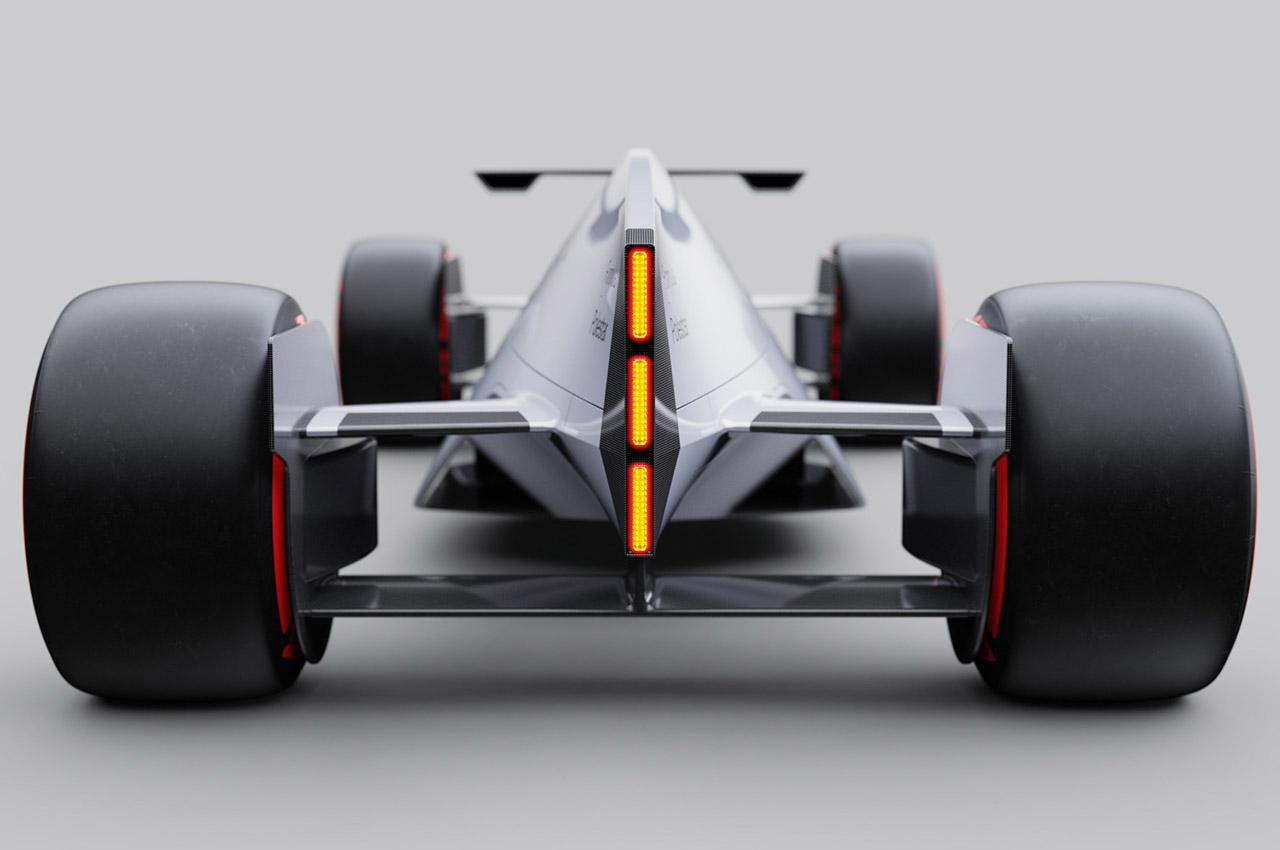 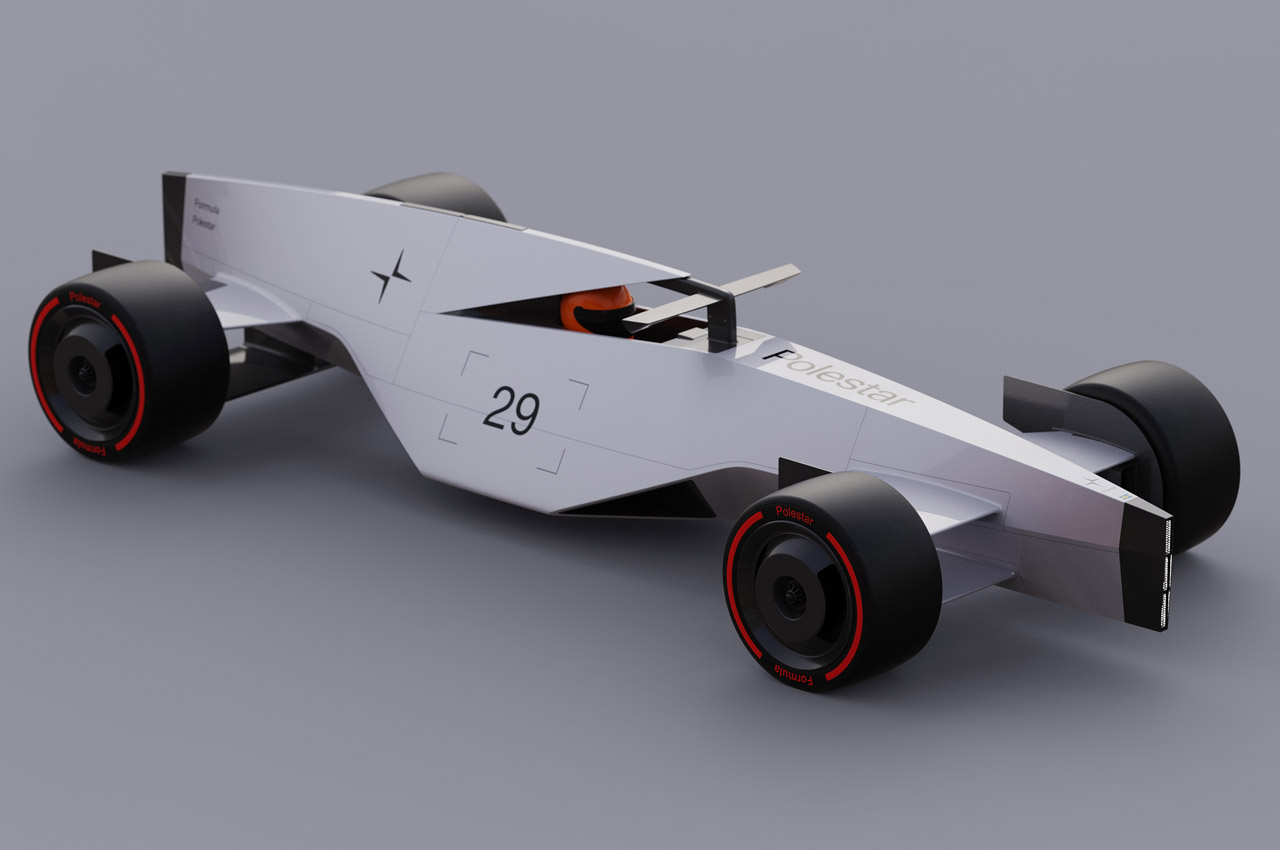 I’m not sure how this Polestar will manage to produce the downforce needed to keep glued to the racing surface at speeds in excess of 300 km/h. As soon as I look closely, the aerodynamic craft impresses me, as the wing is placed parallel to the lower section of the rear wheels. That hints towards an advanced fuel cell technology or a compact battery cell in the underbody, making way for more space to fit in the wing. There’s no exhaust to worry about, so ample space to generate airflow to create superior traction and control. As the brief description of the project puts it rightly, the car is centered on performance with its “active aerodynamics and multifunctional suspension.” 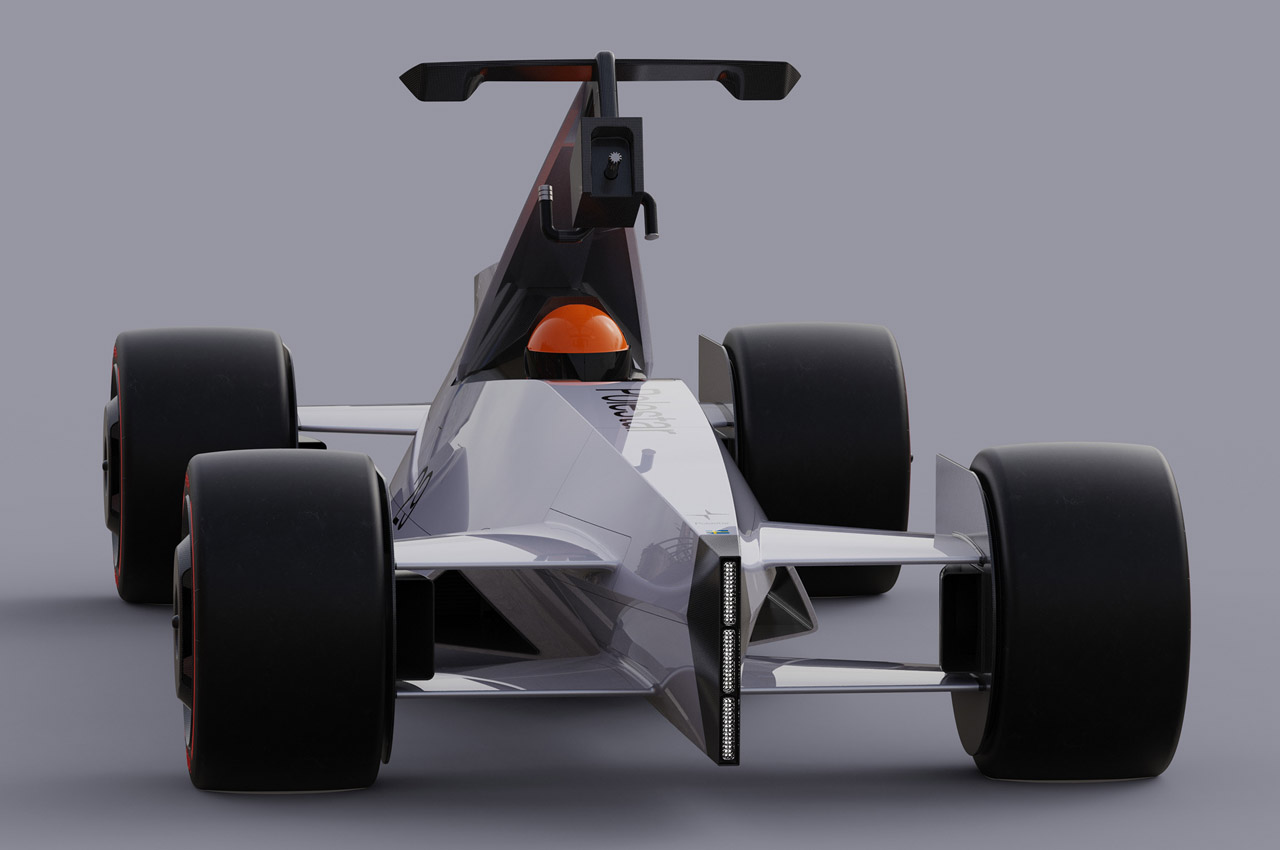 The halo section opens up like a gull-winded supercar’s doors to give the driver access to the racing seat. When the racer is buckled up, the section falls back into place giving the vital head protection that’s paramount in any racing sports. Compared to current generation F1 or Formula E cockpits, this one has a digital display to make the telemetry visible in amber colors. 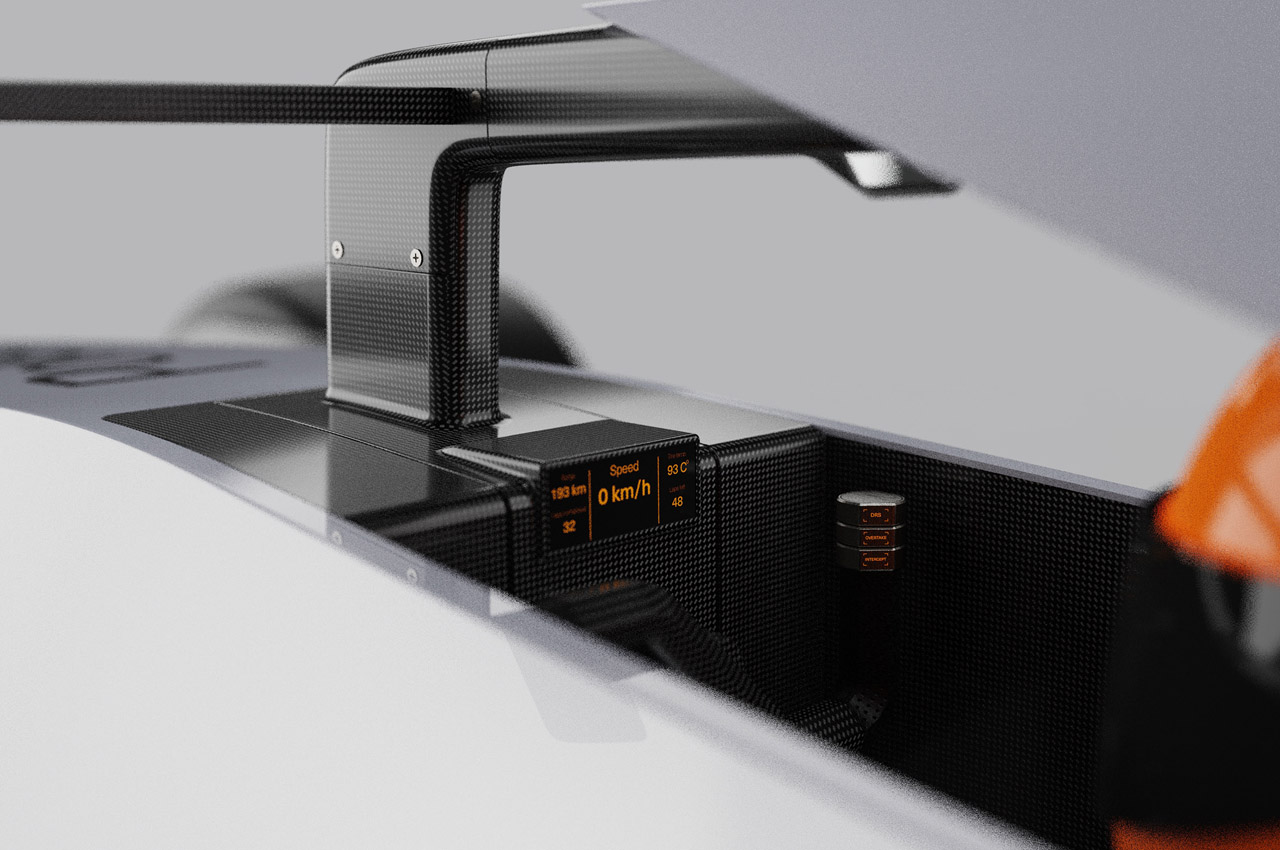 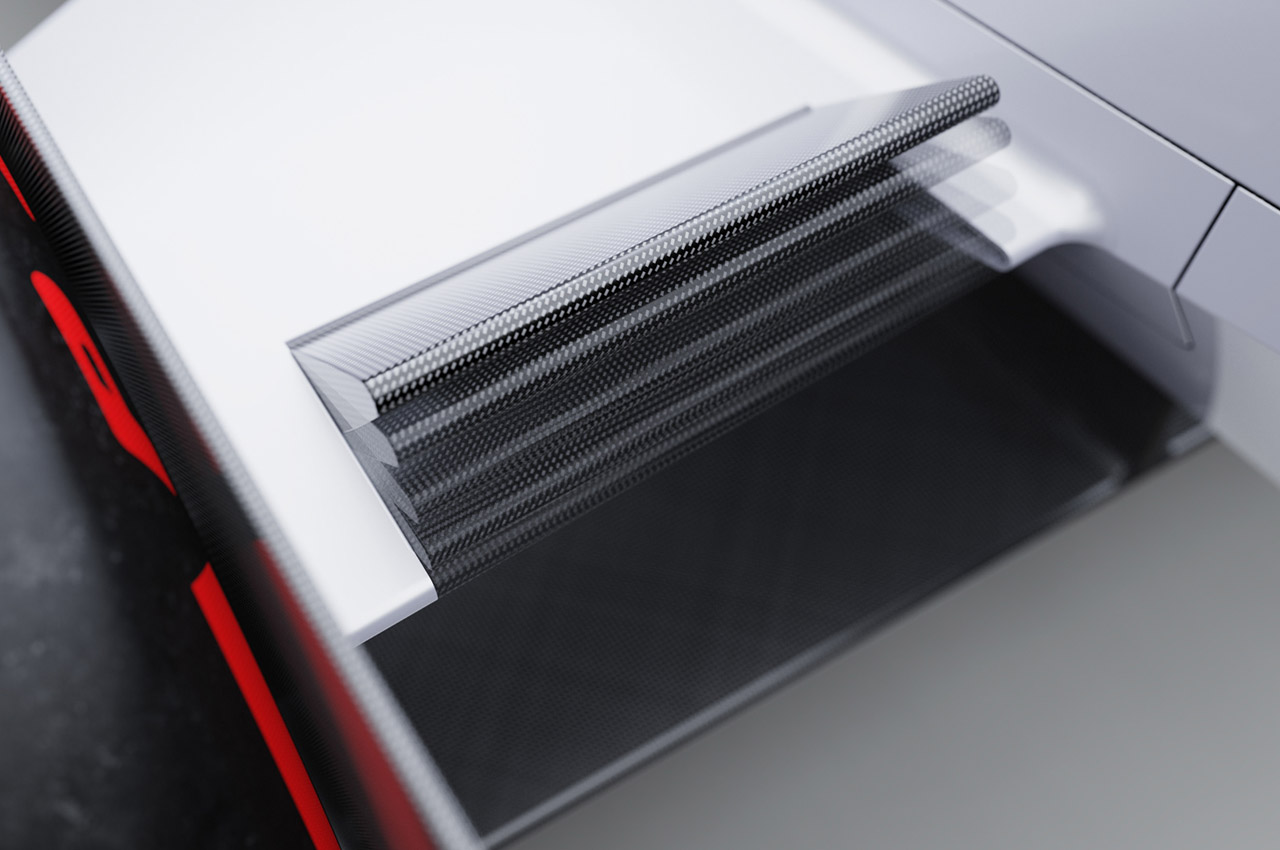 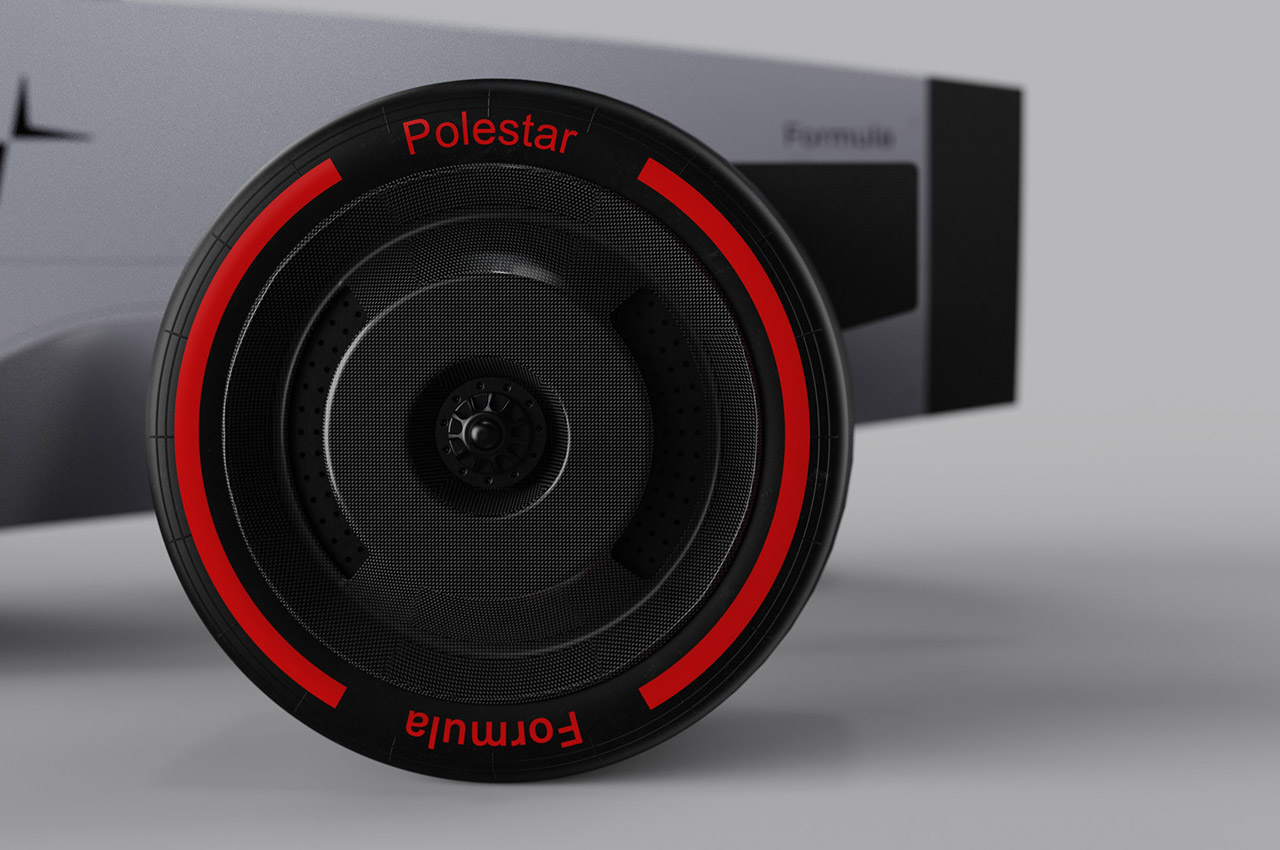 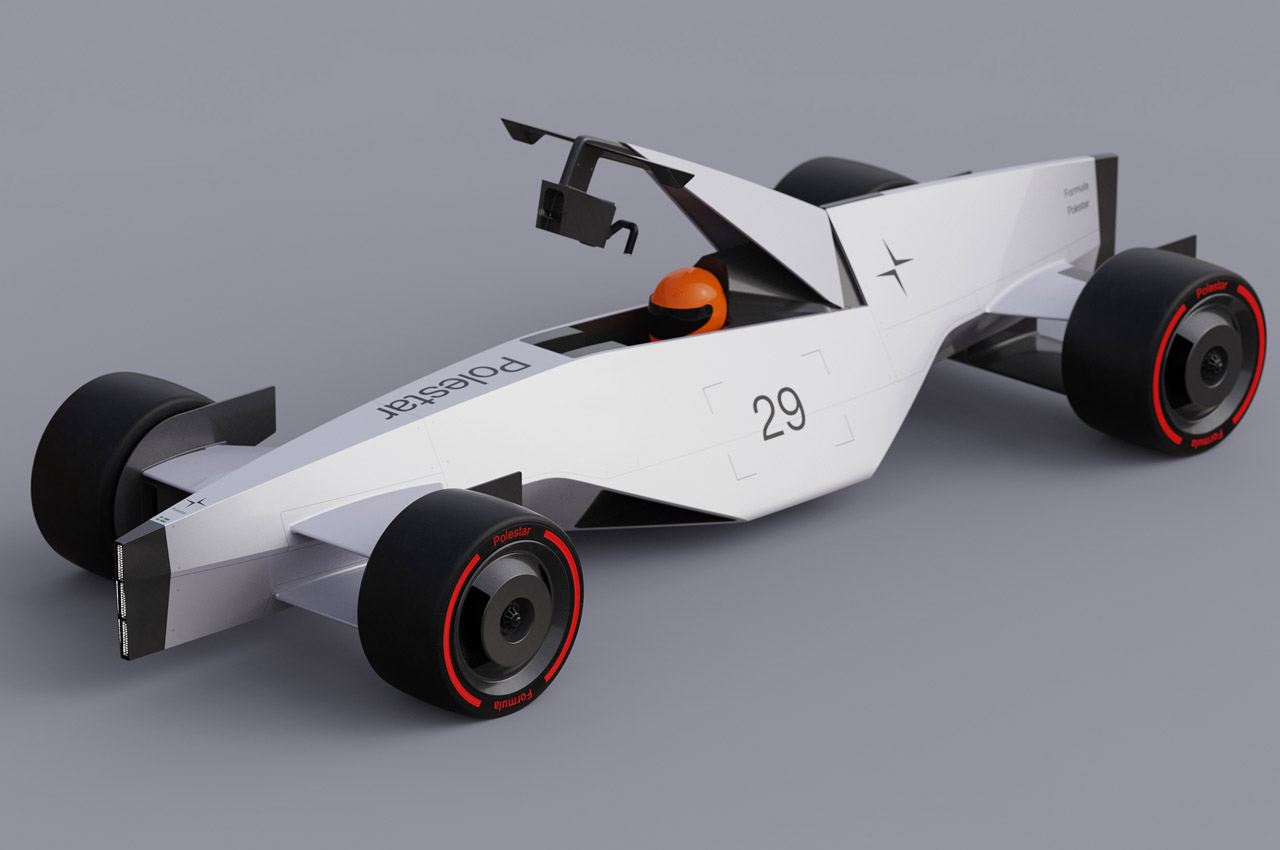