By the 14th century, Ashkenazi women in Erfut, central Germany, carried a BRCA 1 mutation indicative of breast and ovarian cancer in their DNA. Unfortunately, this mutation is all too common in the genomes of their modern descendants, which is just a genetic sign that not much has changed over the next 700 years.

According to research being hailed as “the largest study of ancient Jewish DNA yet,” published Wednesday in the prestigious scientific journal Cell, by the 14th century, Ashkenazi Jews had already received most of their major sources of genetic ancestry. When compared to the DNA markers of modern Ashkenazi Jews, there has been little change to the genome in the ensuing centuries.

This is just one of the findings provided by the analysis of ancient DNA extracted from teeth taken from a Jewish cemetery that was excavated in a rescue operation conducted in accordance with the wishes of the local Jewish community alongside rabbinical advisers. The remains were later interred in a 19th-century Jewish cemetery in Erfut.

In 2013, German archaeologists excavated a section of Erfurt’s former Jewish cemetery ahead of a municipal building project, uncovering around 47 medieval graves. It was exactly the kind of potential trove of secular DNA that Hebrew University co-authors Prof. Shai Carmi, and Harvard University’s David Reich, were looking, and began studying the remains five years later.

“This work provides a model for how a co-analysis of modern and ancient DNA data can shed light on the past,” Reich said in a press release. “Studies like this hold great promise not only for understanding Jewish history, but for any population.”

Through careful analysis of DNA extracted from the teeth of 38 individuals, followed by a comparison of hundreds of thousands of genetic markers in modern Ashkenazi genomes, an international team of more than 30 interdisciplinary researchers found that Erfut Jews “were noticeably more genetically diverse than modern Jews.” Ashkenazi Jews,” according to co-author Carmi.

“Even closer inspection revealed that the population of Erfurt was divided into two groups: one with more European ancestry compared to modern Ashkenazi Jews and one with more Middle Eastern ancestry,” Carmi said.

After about three years of testing and analysis, much of which was conducted in technologically advanced clean rooms at Harvard University, the results also indicated that the “founding event” or “bottleneck” that is evident in the modern DNA of Ashkenazi Judaism predated the establishment of the Erfut community, potentially for a millennium.

According to Carmi, some of the genetic diseases associated with modern Ashkenazi Jews, including BRCA 1 mutations and Tay Sachs disease, point to an extremely small starting population; as it grew, “pathogenic variants that were carried by the founders spread”. 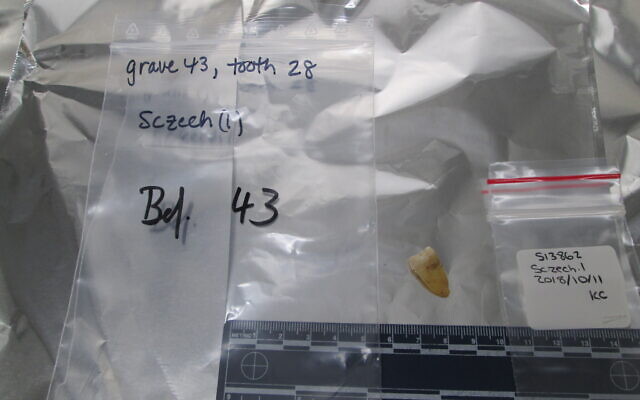 Teeth excavated in the medieval Jewish cemetery in Erfurt, from where DNA was extracted for genetic study. Each tooth is shown before and after DNA extraction. (David Reich’s Ancient DNA Lab/Harvard Medical School)

Among the methodologies used to obtain information from ancient teeth, the scientists sent 10 samples for radiocarbon dating, which found that all 10 lived between 1270 and 1400 CE. They also checked dental isotopes to see if the individuals grew up drinking the same water and concluded that some were indeed immigrants.

The opportunity to study the DNA of a medieval community like Erfut was exactly what Carmi and co-author Reich had been waiting for, Carmi told The Times of Israel on Wednesday.

There is some historical documentation of the migration and persecution patterns of medieval Ashkenazi populations. However, Carmi said, “Given that DNA sequences did not exist for historical Ashkenazi Jews, we sought to generate ancient DNA data for this population. Our hope was to fill in the gaps in our understanding of early Ashkenazi Jewish history.”

Germany’s central city was a thriving Jewish center in the Middle Ages and has one of the oldest surviving synagogues in Europe. The Jewish community settled there in the 11th century; a massacre decimated the community in 1349, but Jews lived in the area until the final expulsion in 1454. At this time, a granary was built on top of the cemetery, sealing the remains of thousands of Jews. 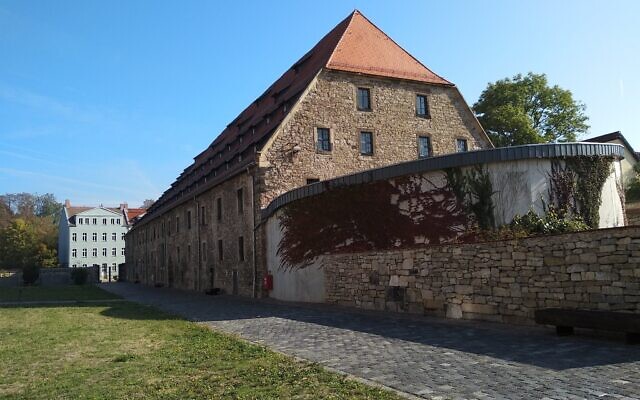 The granary that was built in the 15th century on top of Erfurt’s medieval Jewish cemetery. (Shai Carmi/Hebrew University)

“Jews in Europe were a socially segregated religious minority and suffered periodic persecution,” Harvard’s Reich said in a press release. “Our work gives us direct insight into the structure of that community.”

Among the 47 excavated graves were two small nuclear families, including children buried near their father, who apparently died of a violent blow to the skull. Other more distant relatives were also discovered through genetic testing. Carmi said that about eight of the 33 viable individual samples were related and allowed it to be possible that the limited sample available means the results do not fully reflect the entire Ashkenazi Jewish community.

“As with other ancient DNA studies, our historical inferences are based on a single location in time and space. This implies that our data may not be representative of the entire genetic diversity of early Ashkenazi Jews, as we in fact inferred,” write the study authors.

At the same time, the study indicates that “medieval Ashkenazi Jews are best viewed not as a single homogeneous community (as they came to be in the present), but as an ‘archipelago’ of communities, differently affected by founding events and intermingling with local populations. ,” according to an FAQ sheet prepared by Carmi.

Another conclusion is that Ashkenazi Jews of the Middle Ages already carried certain disease-causing variants that became increasingly common among Jews over the years.

a matter of morals

As it is against traditional Jewish religious practice to exhume human remains for study, there is little opportunity to examine the DNA of Jewish communities. 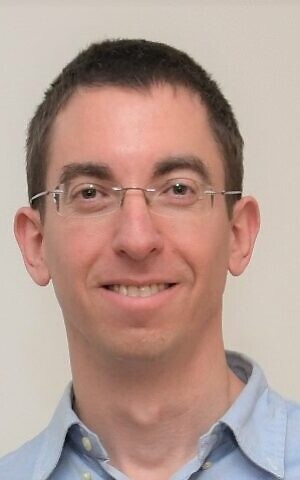 Carmi said he and his co-authors didn’t want to do anything “unethical” and felt it was important and necessary to consult with the local Jewish community, as well as a rabbi, before starting the study. The stipulation of the rabbinical authorities was that they only study the already excavated skeletons and only use loose teeth instead of extracting DNA from bones.

Carmi also screens modern DNA for medical research in Israel, which he says is a “nightmare” to receive permission to conduct, with multiple committees and requirements and restrictions that make research “almost meaningless,” he said.

“It is paradoxical or perhaps ironic that, in order to study ancient DNA, we are self-regulating. We don’t need to get permission from any committee. These people are already dead,” he said, adding that if I were the one in charge of regulation, “I would relax the regulations on studying living people a lot more, but I would regulate the study of ancient DNA a lot more.” 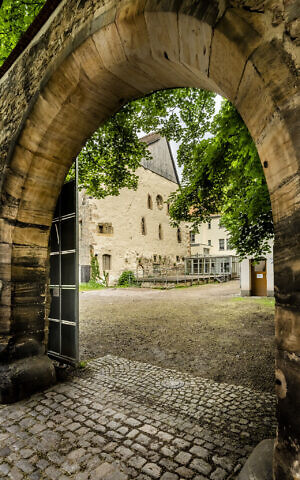 The old synagogue of the medieval Jewish community of Erfurt. It is one of the oldest intact synagogues in Europe and now serves as a museum documenting Jewish life in Erfurt. (Stadt Erfurt Marcel Krummrich)

The reason behind the potential need for greater sensitivity about ancient DNA, he said, is that the results could contradict long-standing traditions and community perceptions. “People can get hurt emotionally. In this sense, it is important to consult the communities and carry out the study ethically”, said Carmi.

“On the other hand, it can be argued that the history of those dead belongs to all of humanity and that no specific community ‘owns’ the remains of a particular place,” he said, acknowledging that working with ancient communities offers researchers valuable conflicting morals.

“In the future, it will be interesting to see what the opinion of the rabbis, of the scholars is,” Carmi said. “Perhaps this study will lead to greater openness. But maybe the plan will backfire and tell us it’s something we shouldn’t do.”